Home Grass Tips Blog Is It Too Late To Lay Grass in Texas?

As one of the top-rated and most widely-known sod farms in Texas, we get lots of calls from customers asking about sod and the best time of year to install it. One of the most common questions we’re asked is: “When is it too late to lay grass (sod) in Texas?” The truth is often much later than you think. Because of Texas’ subtropical climate, it is usually never too late to lay grass in Texas—and there are actually plenty of perks for doing so—even in the fall and winter.

In this informative post, follow along to learn why it’s okay to lay down sod after summer and the pros and cons of doing so.

Why It’s Okay to Lay Down Texas Sod After Summer

As we mentioned in our blog about laying grass in winter, The USDA Plant Hardiness Zone Map is the standard that plant growers use to determine where in the United States specific plants (including grass) are most likely to thrive, based on the area’s average annual minimum temperature. In Texas, we fall in Zones 7b through 10a—areas where most plants (grass included) will continue to thrive as long the temperature remains above 5 degrees Fahrenheit. This means that, as long as you get your grass down before the first frost, it’s generally okay to lay down sod.

Because warm-season grass needs less water anyways—and since the cold weather will naturally absorb most of the moisture—laying down grass in fall or winter won’t hurt your grass. As long as it’s laid down correctly and properly irrigated (with a light coating of water), you can expect your new grass to be just fine.

The Benefits of Laying Down Sod After Summer

Not only is it okay to lay down sod after summer, but it’s actually highly advantageous. Read about the following benefits to find out why:

Since the cold weather will naturally absorb most of the moisture (and since warm-season grass needs less water anyways) you won’t have to water your grass nearly as much as if you had planted it in the summer. In fact, in the fall and winter, your grass will thrive if watered just once a week–a sharp contrast to the daily watering required in the summer.

In summer, grass usually starts actively growing sooner rather than later—which means you’ll need to cut it often and feed it fertilizer once every few weeks. That’s not the case in the fall and winter. In fact, as long as your grass isn’t fully dormant for several weeks post-planting, you won’t have to cut it at all. And you won’t need to fertilize it until spring, either.

You might be surprised to know that the number one reason sod stops growing isn’t because of freezing temperatures—it’s because of temperatures well above 90 degrees. That’s right: most grass (including warm-season grass) is lost due to high heat stress rather than cold temperatures. Grass laid in fall and winter has far greater odds of surviving by spring. And, while it’s true that it may stop growing in the winter, it will quickly pick back up again once the cold season is over.

Things to Keep in Mind When Laying Down Sod in Winter

While laying down sod in the fall is generally a good idea, there are some things you should keep in mind when laying it in the winter.

The first is that freezing temperatures can kill the roots (especially if proper moisture is lacking.) So you’ll want to check your local forecast before you install your sod. As a general rule, once the ambient outside temperatures start reaching the teens, it’s probably time to wait until after winter’s over.

On a related note, it’s important to keep in mind that cold weather will cause your grass to become dormant or to “stop actively growing.” While this doesn’t mean your grass is dead, it does mean it won’t appear as if it’s flourishing. In fact, it might take until Spring before it establishes itself and starts to grow.

Finally, it’s not uncommon for grass to be golden-yellow in the fall and winter. It will turn green again come springtime, but it’s just something to keep in mind. Another thing to consider is that sod can’t be installed in a checkerboard pattern in the winter, as doing so will expose the roots to freezing air.

At The Grass Outlet, we know a thing or two about installing sod in the great state of Texas and can help you install your sod so that it’s ready to enjoy by spring.

Give us a call today to learn more about our grass varieties or schedule your sod delivery today*! We’ll work with you to get your grass delivered and installed before the first frost**so that you can take advantage of all the aforementioned benefits of installing your sod after summer.

Contact us today to get your all-season grass delivered!

*The Grass Outlet is a three-generation, family-owned sod farm in Texas. We deliver our warm-season Texas sod to customers in Austin, Dallas, Ft. Worth, Houston, and San Antonio metro areas. Visit this page to calculate the estimated delivery cost using your zip code.

How Big is a Pallet of Sod?

One of the first steps you’ll need to take in installing sod is to measure the area you need to cover. Measure the length by the width to get the square foota...

Identifying & Preventing Fungus and Diseases On Your Lawn

Learn about a variety of common fungi and diseases and how to identify them in your lawn.

How To Combat Lawn Hot Spots During Summer

It’s common for lawns to experience hot spots during the summer months. Learn how to combat hot spots in this post from the Grass Outlet blog. 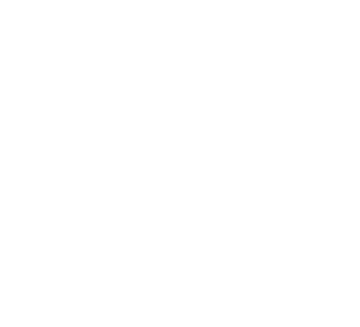 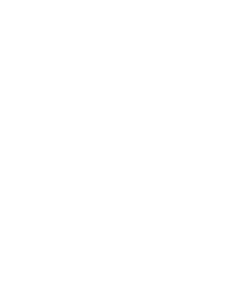 You have selected a Blackout Date. If you feel this is a mistake, please select a new date.

Pick up your grass by the pallet!

Order in advance, and have your grass available for pick up at our partner location with The Grass Outlet at 10624 Fm 620, Austin TX 78726. During season, TWS also offers grass by the piece in some varieties, topsoil, compost, mulch, stone products and other landscape supplies.

The Grass Outlet will attempt to schedule your delivery for the soonest date available on a truck. By choosing this option, your delivery may be as soon as the next day. You'll receive an email notice of delivery no later than the afternoon before your delivery date.

If you are ordering a large number of pallets (18 or more), you may want to contact us to see if an earlier delivery or volume pricing is available.